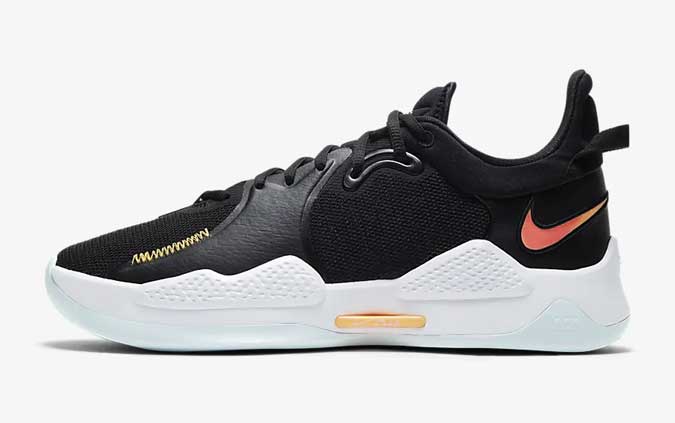 Nike is the top-scoring basketball shoe in the NBA playoffs

by
Economy
Image via Nike

Nike ranked as the top-scoring basketball shoe brand in the 2020-2021 National Basketball Association (NBA) playoffs, according to meta-search website iPrice Group, which analyzed the top 50 basketball players who scored the most points up until the conference finals, as recorded in the league’s statistics page, and identified the shoes they were wearing.

The group’s research showed that 62% of the NBA’s top scorers wear Nike basketball shoes, with the PG 5, Zoom Kobe 4 and 5 Protro, KD 14, and Kyrie among the most worn shoes in the brand’s roster. Paul George of the Los Angeles (LA) Clippers, who wears his signature PG5, was recorded as the highest scoring player up until the end of the conference finals with a total of 511 points.

Adidas comes second, with 14% of the ballers making it their preferred brand, including Atlanta Hawks’s Trae Young. The Atlanta Hawks all-star scored 461 points on his first appearance in the playoffs with the Adidas Trae Young 1, which also debuted this season.

A subsidiary of Nike, Air Jordan, ranks as the third top-scoring shoe with 10% of the athletes sporting the iconic sneakers. Shoes like Air Jordan 35 are worn by athletes like Dallas Mavericks’ Luka Doncic, LA Clippers’ Nicolas Batum, and Boston Celtics’ Jayson Tatum. The Phoenix Suns’ Chris Paul was wearing his signature shoes, the Jordan CP3.12.

iPrice also found that 36% of all the top 50 players with the highest points were wearing signature shoes.

Giannis Antetokounmpo’s Zoom Freak is also gaining popularity as a signature shoe line, the meta-search website said. The Milwaukee Bucks’ forward, who was named the most valuable player of the NBA Finals, wore it this season as his team won the championship for the first time in 50 years.

Other NBA players that used their own signature shoes include three ballers from the Brooklyn Nets: Kyrie Irving with his Kyrie line, Kevin Durant with the KD14, and James Harden with Harden Vol5. — P. B. Mirasol A Philippines Peso note is seen in this picture illustration June 2, 2017. REUTERS/Thomas White/Illustration The Philippines remains under a "gray" list of countries under increased monitoring for money laundering and terrorism financing risks, despite some progress in implementing measures against PHILIPPINE STAR/ MICHAEL VARCAS By Luz Wendy T. Noble, Reporter The Philippines expects to narrow its budget deficit, with the government having raised tax collections as of end-September amid a coronavirus pandemic, according to its Finance chief. "We are confident that The Philippine economy is expected to grow by 4.3% this year -- slower than originally expected -- due to recurring coronavirus infection surges in the region, according to the ASEAN+3 Macroeconomic Research Office (AMRO). AMRO's latest estimate published on Friday

by
Economy
Get the daily email that makes reading the news actually enjoyable. Stay informed and entertained, for free.
Your information is secure and your privacy is protected. By opting in you agree to receive emails from us. Remember that you can opt-out any time, we hate spam too!